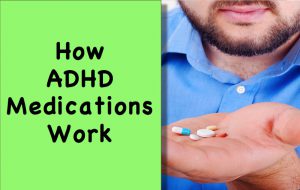 How Does ADHD Medication Work? 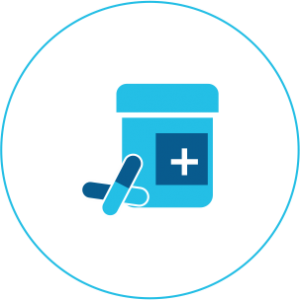 How do ADD drugs work?

Any kind of brain issue can be related to how much dopamine you have or how much Norepinephrine, depending on the disorder that you have between the synapses of neurons in your brain.

Rick Green (Comedian with a degree in Science) neurotransmitter, neuro from the Latin or is it Greek something for brain, and transmitter from the English for transmitting.

The ferry boat crosses the river and the message is unloaded and put on to another delivery truck and the ferry is either taken out of service or it melts and sinks into the river all gone and that ferry is the ship dopamine.

The problem with ADHD is that this dopamine doesn’t stay around long enough, our bodies are recycling it too quickly before it’s had time to make a connection and transmit the information across. It’s (Woosh) gone too soon.

By slowing down this flushing away or recycling or re-uptake of the dopamine the medications allow more dopamine to be available to form the connection and transmit the message.

So those minute changes account for a lot of difference in outcome.

Rick Green: it’s like I say if the ferry crosses the half-mile-wide river but falls just 30 feet short or doesn’t stay long enough for you to get your car unloaded from the ferry nothing arrives.

Laurie Dupar: and what the medications do is they actually help to, I call re-balance some of those neurotransmitters

Rick Green: well whoa not so fast we’re still using that dopamine to get the signal across. That’s what’s happening.

Laurie Dupar: so it’s like they’re boosting that dopamine in your brain and it can be incredibly effective.

Rick Green: Now unlike a ferry the dopamine is used and removed it’s recycled so that the next signal can appear there’s another gap. They call it re uptake, they take it back up your body re-uptakes it.

If we can slow that down so it stays there a little longer if we can inhibit the re-uptake we have a re uptake inhibitor. So the stimulant isn’t stimulating your whole body the way music does.

Dr. Margaret Weiss: The objective of treatment is to optimize the response of the individual.