My Story of Stopping ADHD Medication

Our expert weighs in on his journey with ADHD Medications

Rick Green stopped and started ADHD medication 4 times. This is the story of his difficult relationship with ADD drugs.

But today, I want to reveal why I stopped taking medication for my ADHD the second time, and why I started again. Because it was the only time I succumbed to pressure and other people’s opinions.

My Wife Wasn’t A Fan of Taking Medication for ADHD

In this case, it was the only opinion that really mattered to me.  My wife’s opinion. Ava and I had worked together for 15 years on The Red Green Show.  In 2007 we married.  The caterer told us that in all his years of handling weddings, he had never seen such a happy couple.

At that point I was no longer taking medication for my ADHD.  Why had I stopped? After all, this little pill, this dopamine booster, actually worked for me. It was much better than my old ADHD medication: 6 cans of caffeinated cola each day, and the adrenaline rush of taking on a thousand things at once, writing and producing television, performing comedy onstage…

On ADHD medication, I could stick with tasks that I didn’t want to do.  I mean, that I REALLY did not want to do. As well, interruptions were less disruptive.  I could focus on what was important.  Prioritize.

Not spend too much time hyper-focused on a trivial task.  My memory was better.  I only had to read things 2 or 3 times to remember them.  And it even helped with my motor mouthing and interrupting.

So Why Stop Taking ADHD Meds?

You should understand that Ava was vegetarian, sometimes vegan, heavily into yoga, and rarely, if ever took medication for anything.  Ava wasn’t pushy about her lifestyle.  She was simply into healthy living. Whereas I… [Awkward clearing of throat.] “Hey, potato chips are made from a vegetable!”

So while Ava didn’t come right out and say it, I knew she was not pleased that I was taking Ritalin every morning.  There was always a look, “Do you still need to take that?”  Ironically, she had no strong opinion about the thyroid pill I took every morning as well.

At this point, our documentary ADD & Loving It?! was just one idea out of dozens that I was developing. So this was before we’d interviewed 75 ADHD experts for TotallyADD.com.

But at the time, neither of us knew that ADHD medication had first been used in 1937, or that the long-term effects were fairly well understood.  I just trusted the doctor when he said, “If you don’t like how you feel, don’t take the one at lunch.”

Until I learned the facts, there was a nagging feeling that taking ADHD drugs was kind of cheating.  After all, everyone feels overwhelmed at times, right?

And, I was worried that it might have some long-term effect on my liver, brain, heart, or, well, who knows what?!  But not really sure where to find reliable answers.

Well, truth be told, I assumed it was safe and Ava was concerned.  Vaguely.  On principle. Ava’s vague concerns became my vague concerns.  Maybe I didn’t need it.  My life was going well.  I was managing.  Mostly.  I convinced myself I didn’t need medication any more.  (You know where this is going, don’t you?)

That’s the beauty of stimulant medication.  I didn’t have any severe withdrawal symptoms.  Perhaps a slight headache for a day.  Far less than the ones I’ve had whenever I had cut out caffeine from my daily intake.

And then my wife and I started making ADD & Loving It?!   It was exciting.  We’ve never done a documentary before. The film follows comedian Patrick McKenna, and his fabulous wife Janis, as he went through the diagnostic process.  It was mind expanding.  We realized early on that this was going to change a few lives. Including our own.

Along the way, Patrick and I were fortunate to meet and interview nine amazing ADHD experts.  (We had no idea we’ve eventually sit down with over 70 experts!) It was exciting, but overwhelming at points.  My stress levels rose.  There was so much to be done, to think about, to remember…

Near the end of filming, we shot an entire afternoon of Patrick and Janis talking on a very comfy couch. They opened up about everything they had gone through, what they were learning, and what the future might bring

My final question to Patrick was, “How do you feel about medication now that you’ve heard from all of these experts?”  Patrick admitted that in the past, he had bought into the myths he’d heard from other people who had no idea themselves. 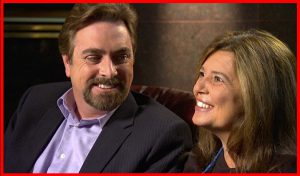 Now that he had the facts, now that we had interviewed so many experts, now that he and Janis had done a great deal of reading, Patrick said that he was looking forward to trying medication.

He said he was looking forward to experiencing that calm that other people talk about, but that he had never known.  I smiled and nodded.  Been there done that.  ‘Good answer,’ I thought. But for Ava, Patrick’s answer was a bolt of lightning.  A revelation. She was stunned!  “Patrick has never experienced the kind of calm that she had regular access to?  How is that possible? What is that like?”

Ava experienced periods of calm at an early age, growing up on a farm, later doing yoga, and mindfulness.  But she tried to imagine never being calm while standing in line, listening to a conversation, or doing a boring chore.

That night, she was quiet and thoughtful.  Finally she said, “I need to tell you something.”  My mind raced? Did I forget her birthday?  Anniversary?  Bathroom left messy?

After reminding me about what Patrick’s lament around ‘never experiencing calm,’ Ava said, “It made me realize that I have no idea what it’s like for you.   I cannot imagine what that must be like to not experience being calm.  If you need to take medication, if it helps you, then you should take it.” “I thought you were against medication on principle.”

She took my hand and said, “My opinion does not trump your experience of life.” Tears welled up in my eyes. Here’s what I want you to get: Ava wasn’t saying, “I understand.” She was saying, “I will probably NEVER understand. So I have to respect your choice.” I started taking medication again.  And life got simpler.  Calmer.  Less scattered.

For me, as for many people who find medication works, the little pill in the morning became the keystone, the catalyst that allowed me to do mindfulness and yoga, build supports and stick with them, create new habits and not completely forget about them.  (How is that possible? I still don’t know.)

Everyone Has An Opinion  About ADHD Medication. Only We Know What It’s Like

“My opinion does not trump your experience of life.” Think about people you know who have strong negative beliefs about ADHD medication, (That may actually be most people in your life.)  Now imagine if they had that same attitude.

Think about the knee-jerk hostility and disdain you’ve confronted.  Imagine those people apologizing and admitting, “My opinion does not trump your experience of life.  Do what’s right for you.  I don’t want you to suffer for no good reason.”

ADHD Medication Abuse – My Questions and Concerns – By Rick Green

Medicating Myself Without Medication – Self Medicating – By Rick Green

Holistic Solutions for ADHD – What Does That Mean? – By Rick Green