What are the symptoms of ADHD and ADD?

Are there specific signs, habits, quirks, or obvious behaviors?

What You Should Know About ADHD

We always recommend that you see a doctor for a proper ADHD diagnosis.  But first, there’s something that you can do right now that will make a big difference for you.  It’s a very good idea to understand what the symptoms of Attention Deficit Hyperactivity Disorder are.  Find out what all of the symptoms are. And which of them sound familiar to you.  Not all of them will.  Why?  ADHD involves many parts of the brain, and over 100 suspect genes have been identified.

The screeners and symptoms list in the article below are useful tools to find out what ADHD is. Take your completed screener to your healthcare professional.  The screener is one of the tools an ADHD expert will use in the diagnostic process.  Win – win!  If you’re too excited to wait and read on, we’ve included them here:

Struggling? Could It Be ADHD?

Here’s what you should know:

This is known as The Predominantly Inattentive Subtype of ADHD. (Some call this ADD for short.)

As adults, most of us have learned to internalize the agitation and impatience.  And that can be exhausting.

As more adults understand ADHD symptoms and seek help, people in their 60’s and 70’s are now getting a diagnosed.  They finally have an explanation that makes sense to them.  Many were originally misdiagnosed with Depression, Anxiety, or simply dismissed as lazy, dumb, weak, or unreliable. 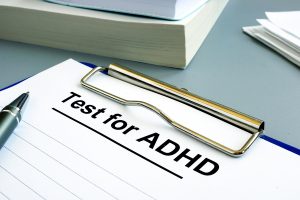 Everyone forgets things, loses stuff, gets overwhelmed. What makes it a disorder?

A sibling, parent, or friend who knew you in childhood may provide a better perspective on what you were like. (We can be notoriously bad at self assessment, or remembering what life was like.)

That said, a brain injury or concussion to the pre-frontal cortex can produce many of the symptoms of ADHD. Again, a doctor can tell.

How is adult ADHD or ADD distinct?

For adults with ADHD the problems around Inattention are the most apparent.

Hyperactivity and Impulsivity that may have been apparent in childhood, tend to soften with age. Adults shut down, or turn their excess energy into nervous tension, anxiety, or depression.

By adulthood most adults have developed a few coping strategies and only suffer from 4 or 5 of the symptoms, rather than 6 or more, but it’s still a problem.

Many adults who are undiagnosed have found a holistic practices like yoga, mindful meditation, and exercise lessen their symptoms.

Others find outlets for their energy through an exciting or engaging career (First Responders, Entrepreneurs, Athletes, Entertainers) or pursuing hobbies that provide lots of challenge.

You don’t HAVE TO take ADHD Medications. For some people they can make an almost instant and dramatic impact, “For me it’s like the best cup of coffee in the world. And without the jitters.” 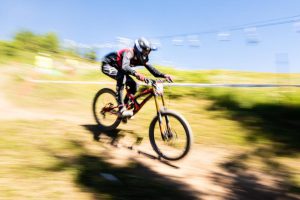 The Downside of ADHD – The Costs

People with undiagnosed and untreated ADHD may find it leads to high-risk behaviour, or addictions to shopping, sex, or gambling.

Also higher rates of smoking and illegal drug use (Source: Pelham WE, 2007) and:

Almost 70% of adults with ADHD have also struggled with a secondary issue like Depression, Anxiety, Substance Abuse, etc.

About 40% of adults have three or more diagnosis. (NIH – comorbid disorders)

A life of undiagnosed ADHD that hasn’t been dealt with adds a huge layer of stress. In adults, ADHD rarely travels alone.

Getting A Reliable Diagnosis

Doctors arrive at an ADHD diagnosis by using a number of rating scales and an interview.

The physician’s main reference is the latest edition of the Diagnostic and Statistical Manual (DSM-5). It lists the criteria for all mental health issues.

The following is a list of the criteria from the DSM-5 in shortened form. See this as a starting point and if it continues to sound familiar, look deeper, as it might well be ADHD.

People with ADHD show a persistent pattern of inattention and/or hyperactivity–impulsivity that interferes with functioning or development:

In addition, the following conditions must be met:

Based on the types of symptoms, three kinds (or presentations) of ADHD can occur:

Combined Presentation: if enough symptoms of both criteria inattention and hyperactivity-impulsivity were present for the past 6 months

Predominantly Inattentive Presentation: if enough symptoms of inattention, but not hyperactivity – impulsivity, were present for the past six months

Predominantly Hyperactive-Impulsive Presentation: if enough symptoms of hyperactivity – impulsivity, but not inattention, were present for the past six months.

Adults and children with ADHD may have some of the following symptoms, but not necessarily all of them.

People with ADHD are reported to have much higher rates of:

ADHD is a common disorder affecting nearly 4.4% of adults.  It is possible to find a niche that allows some symptoms to be functional, however, the fact is that the majority of adults with this disorder tend to be impaired in other parts of their life. Awareness of the symptoms often happen when their own children have this genetically borne disorder diagnosed.

Wondering if you may have ADHD? Take our short online quiz – Do I Have ADHD?

Given the nature of the disorder, it is not surprising that many people with ADHD often have other disorders like depression or substance abuse issues. Diagnosis and education (learning about you) are the corner stones of the treatment. Medication may also be a useful tool.

5 Superpowers of ADHD – a blog by Rick Green

Common ADHD Symptoms in Women – a blog by Keath Low

How Do I Find Out if I Have ADHD? – a blog by Rick Green