I want to talk about owning ADHD-friendly.  Owning it, taking charge of it, and doing with it whatever you want. For you.

I’m not talking about “owning your ADHD.”  Because sometimes, especially in the early days, but even now when I’m having a difficult day, my ADHD owns me.

I’m talking about owning our personal lives, our stuff, our homes, and making things work for us.  Having things our way.  Customizing.  Bending the world to suit us.

Doing whatever it takes to make it work with our mindset.

We have to do a lot of things to fit into the world out there.  We have to bend to fit in with everyone else, because there’s way more of them than there is of us.  We’re only 4 or 5% of the population.

That agenda, book, TV remote, keychain, bookshelf… those are yours.  You paid for them.  [At least I assume you did. If you stole it, well that’s a whole other conversation.  Starting with, “How the heck did you steal a bookshelf?”]

Organize Your Life For You

Recently I spoke to an elite group of organizers. The National Association of Professional Organizers (NAPO) has about 4,000 members. This group have taken it to a whole new level.  They call themselves the Institute for Challenging Disorganization (ICD).

One of the top people is a retired Navy Admiral.

She told me that all of her clients are required to be in therapy with a psychiatrist or a psychologist.  The members of the ICD are dealing with hard core disorganization.

The kind that would make one of those lurid A&E TV shows.

[Am I the only one who thinks those programs are basically a freak show where viewers are entertained by people struggling with mental disorders?  I don’t watch them.

It’s too much like the old days in Great Britain when people would go to the lunatic asylum on the weekend and pay according to stairs through the peep holes at the crazy people.]

Professional Organizers vs. ADHD (The Fight of the Century)

The members of the ICD knew a lot about ADHD.  A show of hands revealed a surprising number of those in attendance are dealing with it in their own family circle.

I have to admit I was a little intimidated.  What can they possibly learn from me.

Quite a bit, as it turns out.

I talked about some of the strategies that Patrick McKenna and I use and which became the backbone of our documentary ADD and Mastering It!

As I said at the top we spend so much time, energy, and precious willpower trying to bend ourselves to fit in the world.  Before we’re diagnosed we feel different, weird.

Square pegs trying to fit into those damn round holes.

Once we are properly diagnosed and begin to understand our own personal blend of traits, we realize what was behind that feeling.

We find strategies that work for us.  We find ways to fit in, or at least appear to fit in.  We may decide that some of those round holes are just not worth the effort.

[I would like a round of applause for resisting the urge to make the previous paragraph sound naughty. It’s not like me.]

But when you’re home it’s a whole different story.  That home is your square hole. It should fit you perfectly.

You can do whatever you want.  Organize your life in any way that works for you. (Get this video free by becoming a Patron of TotallyADD)

But we are so used to constantly bending ourselves to fit into the world and other people’s expectations and ‘do things the proper way,’ and not be asked, ‘Why can’t you just do it like everyone else?”

So when we arrive home we can be forgiven for still trying to do things ‘normally.’  Rather than granting ourselves the freedom to do what ever the heck we want.  Or rather, what works for us.

We kept losing the elegant, simple, tiny remote control for our Apple TV.  It’s about the size of 3 sticks of gum.

The Apple remote is so thin and slippery and curved that I wouldn’t be surprised if at some point it slips accidentally into an alternate universe.

Every time I had to search for it I’d mutter, curse quietly, and harangue myself for being so stupid.

Eventually I’d recognize the ‘negative self-talk’ and interrupt it.  But on some level the damage was done.  I’d reinforced a belief that I was trying to eliminate—that I’m unreliable.

Then it occurred to me that this remote is ridiculously small.  I didn’t ask them to make it this small, did I?  Why should I just accept someone else’s idea of what a remote should be.

I am not the only person who has tried to push the Fast Forward and accidentally switched from Cable Input to the DVD player.  And pushed 9 other buttons trying to get back to watching Shetland.

Bending The World To Me

Rather than me try to remember or keep track of this little slippery wedge I modified it.

Yes, I apologize to the designers at Apple who spent 5 million hours creating this elegant masterpiece.

It’s an incredible engineering feat. So was the space shuttle.  I just want to watch TV.

So, I took some bright red duct tape [Doing the Red Green show paid off in many ways] and taped an 18 inch long tail of bright gold and purple ribbon to the remote.

You can’t miss it.  Even when the remote slides down between 2 questions that tail is visible. “Where’s the Apple rem… Never mind, I see it.”

I wanted it to look semi-neat, so it took about 10 minutes. Since then it’s probably saved me five weeks of burrowing into sofa cushions and blankets, emptying pockets, scouring counter tops…

Furthermore, I’m not going to name names, but I’m not the only person in the house who loses that remote.  Or rather used to lose that remote.  My wife thought it was ugly when she first saw what I’d kluged together.

The ribbon is growing ragged.  I’m thinking about replacing with something new for the holidays.

A week later I took action to bring the television remote to heel.

It’s jet black.  Our couches are dark.  When the TV’s on and the lights are low, that remote would vanish in plain sight.

Or it used to until I took two wide rubber bands, one pink and one yellow, that were used to wrap bunches of broccoli or asparagus, and I strap them around either end of the remote.

In the 2 spots where they wouldn’t be pressing down on any of the buttons.  The elastic bands make the remote easy to spot.

Bonus: the rubber stops it from slipping between cushions, or under my tush.

It Works – For Me

I know for many people this may seem trivial.  Petty.  Silly stuff.

A grown man excited about some duck tape, ribbon and elastic bands?   Perhaps because you don’t have ADHD.  Perhaps you haven’t lost the same remote control 3 times in one night.  And again the next night.  And night after night, or so it seems.

It adds up.  Like the drops of Chinese Water Torture.  No wonder, at some point you think, “If I can’t even keep track of one remote control how could I ever expect to earn a degree.

Or start my own business.

Or be trusted to raise children.

Or train for a marathon.

Or… whatever. The trivial can build to tragic outcomes.

As I says, if you don’t have ADHD this blog probably strikes you as ludicrous. All I can say is you should thank your lucky stars.

21 Replies to “Making My House ADHD-Friendly. How to Organize YOUR Life.” 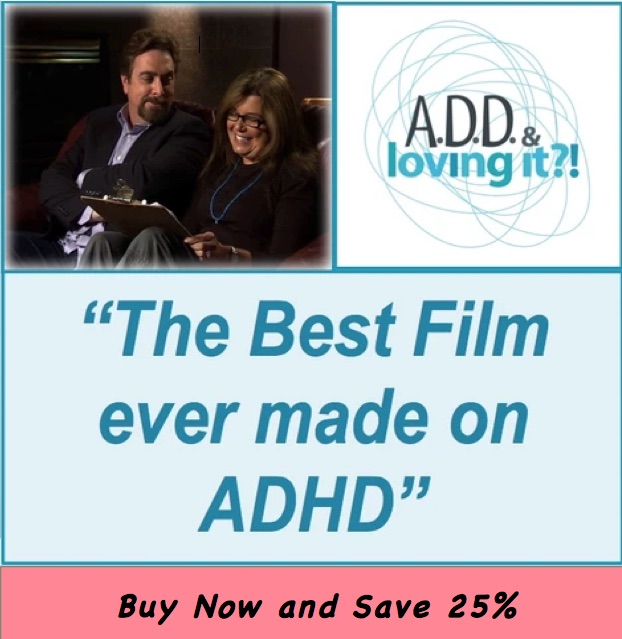