After I was finally diagnosed with ADHD, I figured I just needed help with time management, organizing, clutter, scheduling, and so on.  The ‘logistics of life.’ Even today, mastering these ADHD challenges is an ongoing project. Always improving.  Never perfect.    My success is built on an arsenal of mutually supporting tools.   However, when a particular strategy stopped working for me, I would ‘try harder.’  And we all know how useless that is. (After all, I was hardly on Cruise Control up to that point.)

I kept thinking I was the problem.  Not the strategy. It took a while to understand that, first of all, not every ADHD-friendly tool, tip, or trick will work for me, and secondly, some tools work for challenges that I am not facing. Now, I simply drop a tool or strategy that stops working and replace it with a different one.  If that works, great!  If not, I try on another. 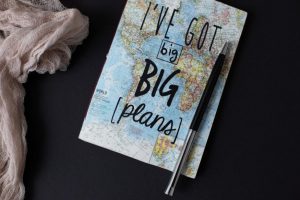 Letting Go of What Worked Before With What Will Work NOW

Sometimes I outgrow a particular strategy.  It got me to a certain point and then wasn’t needed.   Like a road map you used to drive through North Dakota, but then you need a new map that covers South Dakota.  (In the age of GPS many younger folks have never used the road maps the gas stations sold. Road Maps were like Google Maps only on very paper-thin mobile devices called paper. You would unfold the map until it filled half the car and then when you arrived you refolded it into a crumpled ball and jammed it into the glove compartment with the plastic cutlery, old napkins, a dead flashlight, and broken sunglasses.) But I digress.

Many ADHD Strategies are very helpful for me. Many aren’t.  Even the best usually require a little creative re-jigging.  But whatever the trick or technique, the truth is that all progress is ultimately dependent upon something intangible.  My emotions.

My Emotions are Key to Successes or Failure

It’s true that no strategy is foolproof.  I’m the fool who has proved it. And very few are easy or automatic.  They require some tailoring, trimming, or simplifying from me.  Which is fine.  I can afford to give.  But even the simplest and most powerful strategies in the world are of no use if I’m stuck in upset, anger, frustration, or overwhelm.  It took a long time to realize my emotions are a huge challenge.  Often made worse by my ADHD. Making my ADHD symptoms worse.

For the first decade after my diagnosis, my emotions and the impact of ADHD on my emotional sensitivity and reactivity was barely on my radar.  I was all about being ‘more productive’ and having everything ‘organized and up to date’ so it was ready when I needed it.  But it was never enough, I never got ahead, or even close to catching up to where I wanted to be.  I’d try something, it would work for a while, then it wouldn’t, and I’d be upset with myself, overwhelmed, disheartened, and angry.   Mostly at myself.  Sometimes at the world.  Rarely at someone else. And never at the strategy. After all, it was in a very good book or on a very reliable website. 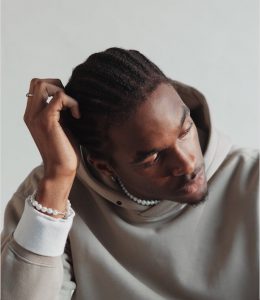 When things fell apart, I didn’t lash out at people or throw things.  No one called the cops.  It was internalized.  Madly pacing around the office, muttering like a bitter, paranoid, self-loathing victim.  Then I’d find a new strategy, or invent one, or simply revamp one that didn’t work and in short order bounce right back to my usual busy self.

In fact, I would never have said I was angry.  I wasn’t screaming.  Okay, I was screaming in my head.  But it didn’t feel like anger.  (Did I mention my self-assessment skills are less than stellar? Common with ADHD.)

Those Sudden Shifts are Exhausting

These bouts of anger or upset came on suddenly.  Zipping along until I hit a speed bump, thrown off my game, and collapsing, imagining the worst possible outcomes.  In seconds.  Like fast forwarding through the first 20 minutes of the movie Psycho and starting at the shower scene.  The mood would pass just as quickly.  My upset might last for a few hours.  Usually less.  Especially if I talked it over with my wife. Sometimes the crisis erupted and then evaporated over the course of 3 minutes.

Naturally, I wondered if I was also dealing with BiPolar Disorder.  (A common mistake.  BiPolar is different. The waves come and go over weeks not minutes.) Then when we were making ADD & Loving It?! the star of the program, Patrick McKenna, talked about his own struggles with explosive anger.  His wife Janis offered a hilarious counter-point to Patrick’s sheepish confessions. Funny now. Not back then.

I started to look at my own emotions.  And my emotional sensitivity.  My anxiety level.  How easily I was alarmed, upset, or panicked.   I did a lot of reading about how our bodies react to violence in movies, TV shows, or the nightly news and eliminated those from my brain’s daily diet.

What was most astonishing was discovering that I can interrupt my emotions before they spiral out of control.  Just as I can prevent those waves of overwhelm by using simple organizing strategies.  There are tools for organizing paperwork. And there are tools for managing emotions. I learned that emotions are basically floods of chemicals in the body.  And what triggers those floods?  It can be one frustration, one misconstrued comment, one silly mistake.

Until then, I thought my emotions just happened to me and it was up to me to experience them, survive them, and recover.  But the idea of stopping this roller coaster ride?  Nipping things in the bud? Especially the negative stuff?  Sure, I could see that I could create a great mood by doing something fun and creative…being with friends, performing onstage… But upset?  Anger?  Those were natural reactions and seemed beyond my control.

The fact is, our emotions are always the result of our thoughts.  Good news arrives, I’m happy.  Bad news arrives, I’m alarmed, sad, angry, defeated, worried.   But what if I could pause and ask, “Is this really bad news?  Or is it actually a sign that I need to do something different?”. Or, this potent pair, “What is the worst that can happen? And what is most likely to happen?”

In fact, our emotions are often a sensible and sane response to a situation.  Or rather, our perception of a situation.  Like the time my slide presentation crashed just before my one-man show. To have to wing it? “This is a disaster!” To me.

The audience didn’t know what they were missing. They just enjoyed the show.  In fact, I was so pumped up with adrenaline over the disaster that I gave a terrific performance.  Who knew?!

Here’s the good news: much of our emotional state is actually under our control.  It may take a while to buy into this. I know it has been a complete revelation to me.  Even my dramatic emotions, like the short explosions of anger so common to people with ADHD, can be reduced, tamed, and eventually short-circuited before I even open my big mouth. (This actually happens. I swear. Not often enough. But still, unprecedented!)

Seeing the triggers and understanding the warning signs and solutions has been life changing.  Simple steps, like having a ‘healthy carb’ to counter the mid-afternoon energy crash which often leads to ennui and woefulness. (The plate beside my keyboard bears the crumbs of a vegan chocolate-banana-oat muffin.)

Dr. Ned Hallowell explains the power of being able to express feelings rather than simply feel them in managing his own anger.  Once I began to appreciate how mercurial my emotions were compared to most people, and why a big part of the challenge in managing emotions was my ADHD, I started making changes in how I spent my day.   (No more violent, scary entertainment. Lots more Yoga and Mindfulness.)

While my level of ‘self-awareness’ was never all that high, I definitely sense the roller coaster ride is a lot tamer. My wife will confirm I’m much calmer.  Cooler.  Less moody.  (Easier to live with.) The payoff?  I can conserve my limited supply of energy and attention for dealing with what I was trying to cope with after I was first diagnosed: time management, organizing, clutter, scheduling, and so on. You know, the ‘logistics of life.’

I would love to hear your experience with ADHD and emotions—yours or a loved ones. Has knowing about ADHD helped you understand why you can be so changeable? What strategies have helped keep you on a more even keel, more in charge, less capricious and more calm, cool and collected?

See Also:
ADHD & Self Esteem: The Danger of Comparing Yourself to Others (Video)
Emotional Sensitivity:  A Small Trigger Sets Off a Huge Explosion (Blog)