You almost made it to the top, and then you slipped and fell.

Let’s be dramatic, you fell 8,000 feet onto some rocks.  And you’re hurt. Nothing fatal.  But your legs are broken in 31 places, your arms are broken in 10 places, and your Mountain Equipment Co-op jacket is ruined!  Just ruined.

Oh, and one pinky finger is dislocated.

Now, it makes sense to start by getting your legs fixed, and perhaps one arm.  Which hand do you write with?  Good, choose that one…

Before worrying much about the oddly angled pinky, right?  Even though the pinky would just take a few minutes to straighten out and fix up.

If you are wondering where I am going with this, relax, it’s not to Nepal to climb Everest.  Or to fall off of it either.

OH HOW THE MIGHTY HAVE FALLEN

A few summers ago I  had a painful fall at my mom’s cottage.  I wish someone had been around to see it.

I went from vertical to flat on my face in an instant, tripping loudly and hard over a cinder-block that has been sitting in the center of the 40 foot dock for the past 3 years.  Why was it there?  I have no idea.  It got moved right after I hurt myself.

LOTS AND LOTS TO DO!

Here’s my problem.  When I have 1 or 2 big things that need doing, something that’s overdue, important, with people waiting…

I’ll convince myself that I need to have a few successes first, to build up some ‘momentum’ so I can tackle the big task that’s so important.

I’ll tidy up the room.  Put out the recycling.  Adjust the height of the computer so it’s more ergonomic. Make a funny meme…

By doing a bunch of small things, quick tasks, I’ll get some momentum! It sort of makes sense. It seems like a clever strategy. And I do it all the time.

I do get momentum.  But usually it’s the momentum to keep doing quick tasks.  No-brainers.  Physical tasks that will get me up and moving and…

I can come up with a hundred reasons as to why sorting my underwear drawer is an important step in finishing the rewrite of that script that is overdue.

Because what tends to happen is that after a dozen little victories… the big task never even gets started.

Why?  It’s not because the many little tasks took too long.  They didn’t.  It’s not that there isn’t enough time left in the day to start on that script rewrite.

There is plenty of time to get started.

But not enough time to finish.  In my mind, I’m thinking I don’t have enough time left to do the whole thing.

For some reason, the idea that I could at least get started seems… inefficient, exhausting, wasteful… I can’t quite put my finger on it. Hmm?

Maybe it’s because I’ve just done a bunch of things that each had a clear end.  I have a whole bunch of little completions.  And the incompletion of a script half rewritten and put off until tomorrow feels stressful.

Does that make sense?

Somehow I can’t bring myself to start something knowing it won’t get fully done.  Completed.  Does anyone else have this experience?

I have a script to rewrite.  The shoot date is booked.  The location and equipment lined up.  It’s due!  The rewrite will take least 5 hours.  Or so I estimate.

‘I know!  I’ll do some quick, easy, tasks that will produce dramatic results, like picking up all the dirty laundry in the bedroom, hallway, bathroom, stairs, and driveway.’

(This would be one of those days where Ava is out of town seeing her mom and I’m alone with food and a remote control.)

LOOK AT ALL THE STUFF I DID!

Getting that done feels good.

I’m on a roll!  I’ll go quickly load the dishwasher, start a load of laundry, pick up the pieces from the game of Puerto Rico we were playing with the kids last night…

After what feels like 35 minutes or so, I’ll realize 95 minutes has passed, and it’s almost lunch, in less than an hour, so I might as well do a couple of other small jobs and get started after lunch… and so it goes.

A hundred To-Do’s checked off at the end of the day.  (I swear, I’ve actually put BRUSH TEETH on the list just so I can feel like I’m being incredibly productive.)

A hundred check-marks beside everything… except the big one, the one that’s urgent.  (Not yet a crisis. Then I’d get it done.)

To return to my mountain climbing analogy, my pinkie is beautifully bandaged.  But my legs are still a broken heap.  And the sun is setting on Mount Everest.

I’ll still be around tomorrow to finally get started on that rewrite. And if not, well, I could do it the day after in a pinch.  Or I could write on the weekend and have it for Monday morning… 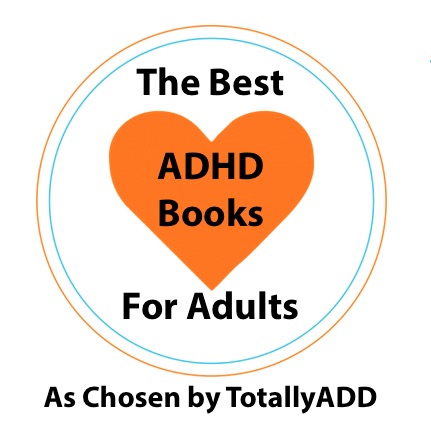