Adults with ADHD have spent their lives working their hearts out to keep up. And rarely succeeding as well as they believe they can. A common expression they hear is “Try Harder”

When we were making the film ADD & Loving It?!, one of the most prolific authors on Attention Deficit Hyperactivity Disorder, Dr. Edward Hallowell told us…

It’s like,  That’s why I was so restless in school!  I had Attention Deficit Hyperactivity Disorder.  As Kate Kelly and Peggy Ramundo called their book on ADHD…

Then comes the realization,  “I had adult ADHD.  And no one recognized it?  No one figured it out?  They just told me to try harder?

That was the best they could do?  Try harder?”  Imagine hiring a voice coach, because you want to be an opera star and they say, “Try harder.”  Oh great!  Thanks! “Hey, you with the red hair, be more brunette!”

Rick Green – when we were making our film ADD & Loving It?! one of the most prolific authors on attention deficit hyperactivity disorder Dr. Edward Hallowell told us by far the most common reaction when someone gets this diagnosis is relief. Then a feeling of anger, why didn’t someone tell me sooner? a feeling of sadness. All these opportunities, opportunities I’ve missed, and then a growing sense of joy, excitement, optimism, enthusiasm, and it’s that trajectory that would that you want to ride. It’s like, ah relief! That’s why I was so restless in school, couldn’t sit still. I had ADHD.

That’s why Peggy Ramundo and Kate Kelly titled their book ‘You Mean I’m Not Lazy Stupid or Crazy?‘ and then comes the realization I had ADHD and no one noticed. No one caught on, no one figured it out. They just told me to try harder. Imagine you’re an opera singer or a wannabe opera singer. You hire a vocal coach and the vocal coach listens and goes ‘you should try harder’.

What? hey you with the red hair be more brunette. Huh? and along with the anger comes sadness in all its splendor, variations, sorrow, self-pity whoa misery. Bitterness.

against the window. Now you’re not feeling scared you’re pissed off at people for not spotting your ADHD and then later on you think well they had bigger concerns. They had a lot on their plate. I wasn’t easy on them.

Eventually perhaps you have another feeling of forgiveness. I mean feelings are fickle 50% of people who vowed to love honor and cherish each other till death do us part… don’t. Their feelings change they can change into murderous rage and then they can change back into love but may end up getting remarried again. I’m just saying that feelings are tricky. Have them maybe don’t allow them to come out right away. Take them with a grain of salt especially the extreme ones like anger because trust me later on when you have more information you’re going to see it from a new perspective and you’ll be apologizing and what what you were you were late because you stopped to help someone who is having a cardiac arrest? Well then, yeah sorry about the phone message I left on you. Well there’s no need to be angry about it now. There’s a great piece of common sense advice that’s been passed down for generations. When you’re angry when you’re upset silently count to 10 in your head before you speak allows yourself to calm down. if you have ADHD you may need to just start counting to 10 you know 1 2 3 4 4 wasn’t something happening at 4 oh yeah

the ice cream place opens who wants to go get ice cream. I’m getting the hot fudge. 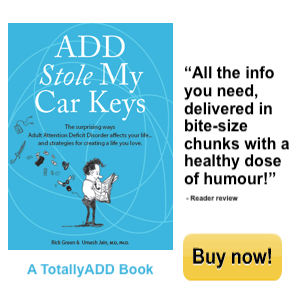