Are You ADHD? Or Just A Bad Person?

How do I determine what’s ADHD and what’s me being a bad person?

Something has been bothering me for a while. Stewing away. And I think the seasonal question of “Have you been naughty or nice?” has brought it to the fore.  It’s something I was asked a long while ago. “How do I tell what’s ADHD, and what’s simply bad behavior?”

I had no quick answer. It kind of stunned me, I think.  But then I stun easily.

I go into that kind of flushed, frozen, unable to think, unsure what to do next that most folks would go into if they were at a dinner party and watched a wife slapped her husband’s face at the table (That was an interesting dinner, let me tell you.)

It’s certainly a common question. I’ve been asked versions of it a number of times. And it seems like a fair question.

Lately, I’ve concluded it isn’t all that fair. Especially once I took apart the question and each word carefully.

We Are Not Simple

First of all, there’s the word ‘simply.’ Asking if it is ‘simply bad behavior’ assumes bad behavior is something simple.

In my experience, the reason people behave badly is rarely simple. It’s rarely one reason. We’re far too complex for that.

Even that slap on the face during a formal dinner was the result of a complex mix of social pressure, expectations, embarrassment, anger, and too much red wine.  The same with ‘bad behavior.’

The second word we need to look at is the ‘bad’ in ‘bad behavior.’  What makes any behavior bad?  Look, if I promise to clean up my office, and I don’t do it, that’s bad. I’ve broken a promise.

But if I’m happy to have a messy office, if it works for me, or if I decide the inconvenience of losing things occasionally is a price I’m willing to pay to not spend time keeping my office tidy… then who the hell are you to impose that expectation on me?

The point is, that a lot of ‘bad behaviors’ such as leaving things to the last minute, are only bad because most people don’t do it.  And these people want everyone to behave like they do and follow the unwritten rules that we didn’t agree to live by in the first place.

“Don’t fidget when I’m talking to you? Put that down, and pay attention.”

The fact is, my friend, that with an ADHD mindset, I can actually pay attention and listen better if part of my brain is occupied with some simple task.

Take away the pen I’m using to doodle, or the coin I’m rolling along my knuckles, and I’ll tilt my chair back so I have to balance. It helps me listen. It wakes me up so I’m engaged.

I get that doodling, or leaning way back in your chair during a meeting would totally distract you.  I’m not you.  I’m me. Which is good. Because if I was you, then I’d be sitting through that meeting like you do, and never coming up with any great ideas.

Instead, I’m here, invited to this meeting, because I can come up with a dozen great ideas, right?  I’m not bad. I’m different. And to be honest, at this point in my life, I love it.

If our ADHD is undiagnosed, and untreated, studies have shown we have far higher rates of car accidents, bankruptcies, divorces, unplanned pregnancies, being fired, running late, and more.

We also have higher rates of addiction to substances and high-risk behaviors.

Suffice to say, we may find unhealthy ways to feed the need to feel good.

So, let’s consider the question again. Is it Attention Deficit Hyperactivity Disorder, or is it simply bad behavior?

Let’s look at one word in that question: ‘or’. The way the question is phrased, we are left with two choices. It’s ADHD. Or bad behavior.

What if it’s actually bad behavior that’s the result of ADHD?

Clearly if ADHD puts you at higher risk for car crashes, a gambling problem, or cocaine addiction, then ADHD can lead to bad behavior.  But ADHD simply increases the risk of these things.

I’ve never touched any illegal drugs in my life. But I used to inhale 5 or 6 cans of caffeinated cola a day…Until I got diagnosed, and understood why. 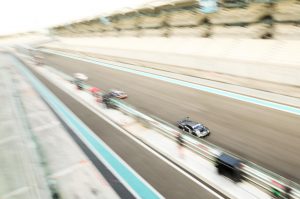 Why Not Be Good?

One study said people with untreated ADHD are 7 times more likely than non-ADHD individuals to be involved in multiple car accidents where they are at fault.  Scary, I know.  But non-ADHD adults have car accidents too.

Perhaps because the road was icy. Or they’re not paying attention because in the middle of a messy a divorce. Or they’re new in town and unfamiliar with the roads.

The more I thought about it, the more I realized that the person was not just asking, ‘Is it ADHD, or simply bad behavior?’  They were actually asking, ‘How do you tell if it’s ADHD, or an excuse for doing something they know is wrong and choose to do anyway?’

Implied in the question, or so I sensed from the slightly sneering tone of the questioner, was, “Is ADHD just an excuse for bad behavior?”

It may be an explanation.

But I am pretty clear my ADHD played a big part in all the car accidents I’ve had. And none of them were a simple choice, “Hey, watch me back into that car I can’t see.”

Did I simply choose to be bad and have my first marriage fail? Or was it the result of a lot of circumstances, issues, challenges, mistakes, beliefs, and bad decisions?

Did I simply decide to struggle with money, but choose to be really good at writing comedy? If so, why didn’t I choose to be great with money? The question of whether it’s ADHD or bad behavior begs an even bigger question…

How much of what we do or like or hate or avoid is a clean, clear, free choice?

Did you at some point go down a list of traits of members of the opposite sex that you were going to find attractive? Or choose to only prefer people of the same sex?  “Hmm, lemme see. Redheads or brunettes or blondes? I think I’ll like blondes better.”

Why does someone break the law? Or start a new business? Or decide not to seek treatment for cancer, and let it run it’s course?  I know, I know. It starts getting to some heady questions.

If someone reads this blog and snorts, “He’s over simplifying, rationalizing, and obfuscating, and that right is right and wrong is wrong.”  Well, I would ask, did that person at some point decide to be intolerant, close-minded, and judgmental about other people and new ideas?

Notice whatever your reaction is to what I’m suggesting here.

Are you miffed at me? Agreeing? Pondering it? Open to the possibility? Fascinated? Seeking examples that prove I’m wrong? Feeling relief? Recognizing yourself or your child?  Notice your reaction, whatever it is, and then ask, “Is this how I react to a lot of things in life?” 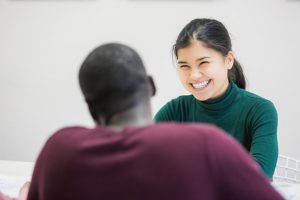 We Are Complex. ADHD Is Complex. Life is Complex.

If the other person turns out to be from the grumpy, rude end of the spectrum, they tend to avoid them. And rightly so.  Nothing we humans do is simple. Or even remotely logical.

Why did I like 6 cans of cola a day? When I knew what it was doing to my teeth, and what the spike of sugar was doing to my body?  I’d have told you I had a sweet tooth. With no idea what that means.

People will pay $300 to watch the Toronto Maple Leafs, arguably one of the worst teams in hockey. Why?

What engenders that kind of loyalty? Why not donate it to a charity?  Being a Leaf fan is not logical. It’s a recipe for disappointment, isn’t it?

Why not cheer for a great team with great players?  ‘Why? Because I have to support the home team!’  Says who? Why not support great hockey… Anyway, I’m digressing.

The more I look at it, the more I learn about human beings and our psychology, the more I wonder if anything we do is truly a ‘free choice.’ And nothing about us is simple.  Which is what makes us so fascinating. And so interesting.

Or is it a choice to be naughty, bad, a troublemaker, disruptive? Or is much of what we do driven by craving certain ‘feel good chemicals.’

So my answer to the question of how you tell whether it’s ADHD, or simply bad behavior?

Well, one way would be to start with our quiz, or take a test for ADHD. And perhaps watch a video or two here, and see if they ring a bell for you. A bell so loud you’re left thinking, “OMG!”’

And if that’s not the most satisfying answer, well, life’s not that simple.

Which, let’s face it, makes it really, really interesting.