This is a longer than usual post. But I think it’s worth it, and trust me, it eventually comes around to being about ADHD.

The year is winding up for many of us, whatever our faith. Or lack of faith for some after a pretty dramatic and traumatic year.

2020 has been described as ‘unprecedented.’ If it makes you feel better, it’s not. It may be the worst year in memory, the worst you’ve ever experienced, but your memory and experience only goes back as far as you do. Talk to someone who was around for World War 2.

I suppose I have a privileged perspective on ‘disasters of historical proportions,’ because for five years I produced a series called History Bites.  Quick brag: I believe it is the first television program to run on a Comedy channel and a History channel.   It was very irreverent, and very clever because the cast and writers were awesome. An amazing experience.

Over the course of the series, we all learned a lot about history, different cultures, and different faiths…and of course the endless variations and subsets of those faiths.

It’s a bit like ADHD, a complete spectrum with common elements and many different variations.   Like ADHD, ultimately, spirituality is deeply personal.

The one universal truth almost every religion preaches is ‘gratitude.’ Giving thanks.  Obviously it’s something we need to be reminded to do.

For example, I’ve seen a lot of people posting things on social media about what an awful year 2020 was. Not just because of the global pandemic, election chaos, or toilet paper shortages, but also all the music legends who passed away, the lost jobs, the personal struggles. 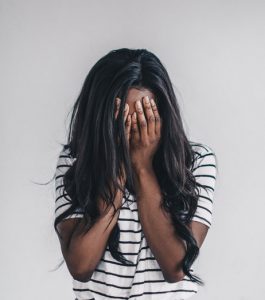 People are posting, “Good riddance to 2020.”   But one thing I learned making all those episodes of History Bites, is this: While every year brings challenges and threats, we are actually living in the best possible time in history.

What about those who are starving? Or living in war zones?  Yes, it is terrible. But again, in the past it was worse. Whatever percentage of people living in poverty, hunger, and disease… it used to be far worse.

Life was shorter. More capricious. And brutal. There were no antibiotics. No eye-glasses. No grocery stores. No “Health and Safety” regulations. No child-labour laws. No N-95 masks.

Do you own a book? A wardrobe full of clothes? Furniture? Bowls, dishes, and cutlery? In medieval times that put you in the top 1%! (And you probably hired a monk to read your books to you.)

You can curse the banks, but it beats hiding your money under your bed.

Until the 1800’s, there was no real police force in the Western countries.

Oh, and no fire departments. Or safety standards. Everything was flammable. Cities burned to the ground. Today, almost everything in a your home is fire proofed and it takes some doing to produce a house fire. 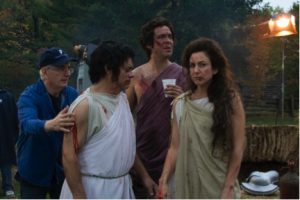 The Past Was Bloody Awful

People with mental health problems were ridiculed, or burned as witches. Until 1952 ADHD was called a Defect of Moral Control. (Charming.)

Physical punishment was standard for children, women, servants, or Heretics.

“Personal development” meant not catching Scarlet Fever, Tetanus, Polio, Diphtheria, Rubella, Whooping Cough, Measles, Rotavirus, Mumps and more. Not to mention all the lice, scabies, and the next plague to sweep through your town.

One Roman Senator, who would have had access to the best medical care, lost 7 of his 8 children to disease. Ever wonder why Charles Dickens, Jane Austen, and the Bronte sisters had so many widows, widowers, and orphans in their novels?

The Past was Awful But No One Knew It

The average person was incredibly ignorant, very prejudiced, and lived in fear. Most hadn’t traveled more than 10 miles from where they were born.

Picture life before flush toilets, toilet paper, or feminine hygiene products. Empty your bathroom cupboard and first aid kit. Give up refrigeration, central heating, and running water. Oh, and no sewers. Best before dates on food? You ate as much as you could and hoped you made it through the winter.

Today, a person living in a bachelor apartment in North America has access to a wider range of food, entertainment, education, and safe transportation than even the richest nobles enjoyed in medieval times. 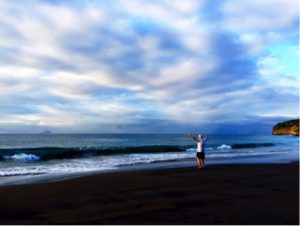 Listen, I don’t want you to feel guilty for not walking around all day shouting ‘Life is great!’

I’m certainly not suggesting that the world is fine, or that people are not suffering, or in dire straits. Nor am I going to suggest there are not huge challenges ahead, especially around the environment.

But I hope you can appreciate that even though it can feel like we’re going to hell in a hand-basket, daily life is getting better.   Because it used to be much worse for everyone. But especially for women, children, or anyone who was ‘different.’

And I don’t just mean back in the Dark Ages or Ancient Rome. 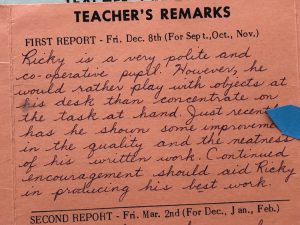 Diagnosed With ADHD in Childhood?

You see, a few years ago I found all of my elementary school report cards. Today, any teacher reading them would quickly realize that I had ADHD.

It’s all there, the list of ADHD symptoms: “fidgets, interrupts, daydreams, tunes out, doesn’t listen.” And every year the same advice, “Ricky needs to try harder.”

In the report card comments from my teachers and my parents, there is this overwhelming sense of disappointment, underachieving, failure, weakness… Laced with impatience that I never seem to improve. No one was more disheartened and frustrated than me.

They must have been discouraged when telling me to ‘Try harder,’ wasn’t producing the expected breakthrough.

Finding and reading my old Report Cards brought tears to my eyes.  It all came back to me in a flood of melancholy – I was NEVER good enough.   Never fulfilling the promise of who I was, or who they thought I should be.

The things I did well? They mentioned some of them: coming up with stories, drawing, being creative.

However, every positive is immediately followed by, “but, Ricky’s printing is not improving…. Ricky’s handwriting remains a problem…”

I just remember how I came alive after 3:30,  rushing home to work on my gigantic model railroad, put on stage plays, create art projects, build go karts, do magic, make forts, invent games that the whole neighborhood wanted to play…

History Bites explored the tumultuous transformation that humans have gone through over the past 5,000 years. But in my lifetime the transformation around ADHD has been phenomenal. And yes, I know, I know, I know… there is still too much suffering and stigma, and not enough resources and support. So many of our followers are from Europe because many there don’t get it.

But rather than complain about how the world is still not perfect,  I want to take a moment to acknowledge some of the good.

I’m most grateful for my wife, Ava, who has been my partner in all of this from the very beginning.

Both of us are grateful for Patrick and Janis McKenna for their courage in sharing their story in ADD & Loving It?!

Ava and I are grateful for every doctor, researcher, coach, and expert who has graciously and freely shared their time and knowledge with us.

I’m grateful for all the people who helped us create TotallyADD.com, and who keep re-creating it as we go along like David Riddles (you may know him as our customer support) and Duane who does some kind of magic I’ll never understand to keep the website humming.

Thanks to CHADD, ADDA and CADDRA and all the people at PBS who made sure our program made it to air. (It was considered risky. Many stations feared ADHD in adults was too controversial, or the opposite, all made up.)

We appreciate and admire everyone who has found our website, seen our videos, read the blogs, and gained knowledge to change their lives for the better. Which of course impacts the lives of everyone in their circles.

We love hearing from you! Every day brings messages of gratitude. And we do read them, and appreciate them.

We’re especially moved by all of you who have gone above and beyond, offering each other support, compassion, and advice in the our community, and in the comments on the blogs and videos.

TotallyADD.com is not just a website. It’s the cumulative experience, and struggles, and wisdom of thousands of followers.

You need to understand that by supporting our work, you have changed the world for the better in ways that you will never know.

And we are particularly grateful to everyone who has supported us in our mission by purchasing our videos, books, and audios.

Your support is what has allowed us to keep going, and to remain independent and be funny, entertaining, and a bit ‘on-the-edge.’  You make that possible.

And those of you who purchased a book or video from our shop to gift to a friend, loved one, doctor, local school or organization, you too are changing lives, creating ripples of knowledge, and hope that radiate outwards, and affect people that you will never meet.

How cool is that?!

Yes 2020 has been a challenging year. But sometimes when you have ADHD, a challenge wakes up the brain, gets the juices flowing, and becomes an exciting challenge. That was 2020 for me. At points. Just as often I found myself dazed, sluggish, and needing yet another nap.

How about you?  What are you grateful for?  Big or small…what were the highlights of this year for you? Who helped make a difference for you? Ava and I would love to hear from you in the comments below!

My wish for you is that this coming year is your best year so far.

Happy Holidays from me, and from all of us at TotallyADD!

President and Founder of TotallyADD