You worry too much! You're too sensitive!

Many adults who have ADHD, myself included, don’t feel we worry too much or are highly sensitive, anxious, moody, mercurial, easily upset, or quick to anger. We don’t feel that our emotions are a problem.

But talk to our friends and family. Hear what they say. (Awkward clearing of throat.)

After interviewing a lot of ADHD specialists and talking with a lot of people in the community, I’ve discovered that yes, we can be highly sensitive, or overly sensitive. Touchy. Easily alarmed. Prone to panic. If you are you thinking, “OMG! That’s terrible!!!” That’s what I’m talkin’ about.

There’s been a great deal of talk about Rejection Sensitive Dysphoria, a term Dr. William Dodson came up with to describe the extreme emotional sensitivity and emotional pain of dismissal or criticism. R.S.D. isn’t in the latest edition of the Diagnostic and Statistical Manual, which is the standard reference for all mental health disorders. That may change because it describes the too much-ness of what we feel. (Dr. Dodson also coined the popular adage about the limits of ADHD medication: “Pills Don’t Build Skills.”) 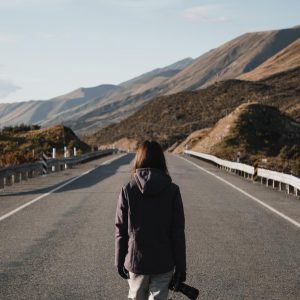 Then came the Pandemic, adding fuel to our fire of fearful feelings.

In our chat-rooms and on our webinars it’s clear COVID-19 has ramped up everyone’s anxiety, frustration, and loneliness.

As one person said, “Lock down and isolation, working from home full time, living alone and not doing any of my usual activities has made my symptoms much worse, and led me to getting diagnosed. Now looking back I can see why, and that what I’ve experienced has been an exaggeration of how I’ve always been.”

Another person said it’s been like a ‘double-dose’ of ADHD.

ADHD is so much more than a problem with distractions and forgetfulness. It’s a problem with managing, sorting, and prioritizing everything entering our brains. From the words you’re reading here, to the emotions you’re feeling, to the torture of your slightly itchy socks.

Over the years I’ve come to see that I too am hypersensitive. Sensitive to criticism. To bullying. To disagreements. To anger.   To being corrected. Or mocked. (Ironic for a comedian who specializes in self-deprecating humour.)

I could be very upset by anything mildy upsetting. Recognizing this quirk about myself was… well, absolutely mortifying!!!  Whereas someone without ADHD would probably have been a bit surprised and said, “Yeah, I suppose that’s true.”

ADHD Can Lead to Oversensitivity and Anxiety? Yep.

When I was younger I never saw myself as a worrier.  Cautious? Sure. Thoughtful? Good at planning ahead? You betcha. My “planning” involved imagining everything that could possibly go wrong. Not just one worst case scenario, but multiple, and a dozen variations on each.

Did I consider that I was being overly emotional? Too sensitive? A Prophet of Doom? Never!

In fact, I felt confident that I was prudent and sensible, reacting appropriately to a scary, unpredictable world where at any moment I could lose my job, lose a loved one, or be turned into a lump of charcoal by a sneak attack from the Russians! (Who said the 60’s were about love, peace, and understanding?)

Certainly no one else would have seen my anxiety as a sign that my Pre-Frontal Cortex was easily overwhelmed. Not back then. No, I was viewed as a Worry Wart. Fuss Budget. Scaredy Cat. Craven Coward. A Jittery Wimp.

The best advice I got was, “Don’t’ be so sensitive.” Or, “Stop being such a Worry Wart.” Okay… How do I do that? This was before mindful meditation and yoga were popular.

Or, my favorite, “It’s just a movie. No one really died. No one actually had an alien burst out of their chest and eat everyone. It’s special effects.” I know it’s just a movie. My short-term memory isn’t great, but I do recall buying a ticket and some popcorn. But our brains and bodies can’t distinguish between a movie and reality.

I hated feeling scared. I was already living in fear, even if I didn’t realize it. All I knew is that I found horror movies horrifying. Daily life provided more than enough threats.

The joke is, I could clearly see my mom was a worry wart. But me? Never!!!

If pressed, I might have admitted that, yes, I did have a bit of an imagination. But I would have explained this was a real gift because it meant I could plan for any possible emergency by imagining every possible way that anything and everything could go wrong.

Growing up in Toronto in the 60’s there were no earthquakes, tornadoes, floods, wars, gun crime, drug wars, famines, civil war, terrorists, or alien invasions. But I’d seen all those things in movies and on TV so I worried about them.

Being the good Boy Scout that I was, I’d learned to ‘be prepared.’

To be fair, my runaway imagination served me well with writing comedy. Being able to come up with escalating disasters for my character Bill, on The Red Green Show was easy. I can picture how it would go wrong, and then even wronger.

And yet, that ability to visualize hilarious stunts allowed me to imagine endless calamities when my kids were out… and hadn’t called home… and weren’t answering their cell phones. (I won’t describe the scary scenarios I’d invent, or I’ll spend the next two days thinking about them all over again.)

After I was diagnosed with ADHD I still didn’t make the connection to my emotional sensitivity. I could see how this disorder made it difficult for me to manage my schedule, my stuff, my commitments, time, finances, even my family obligations. But it was only as we interviewed more and more experts for our videos I understand how Attention Deficit Hyperactivity Disorder could include difficulty managing emotions, fears, and doubts. And yes, even physical sensations—noisy places, bright lights, strong smells, or large crowds.

One of the strategies I’ve used, which coach and trainer Barbara Luther talks about is simply avoiding situations that are ‘triggering’ which I was already doing with scary movies. As I became more aware, I made better choices. If a movie or show has guns and violence, cruelty, or people being sadistic, I’m not watching it. The last James Bond movie I saw featured Pierce Brosnan.

Rather than try and become numb, or less sensitive, it’s so easy to shun stuff that triggers me. It’s a simple strategy. Gratuitous violence. No thanks. On the other hand doing ‘scary’ things, like riding roller coasters, doing comedy in front of a live audience, or creating a website about a controversial mental health issue? Awesome!

Turn It Down, or Turn It Off

Avoiding needless upset is so simple. I had assumed that dialling down my oversensitivity would involve endless meditation, constant coaching, or living in a cave. Those may work, but the first and easiest way to avoid upsets is avoiding what causes them.

How? By clicking “Unfollow.” By unfriending or blocking. By choosing an uplifting documentary over a slasher flick. Call someone rather than stew alone and you’ll interrupt their anxiety as well. Get out in nature. Dance. Sing. Pick up an abandoned hobby or musical instrument.

And try turning off the news channels for a while. Not forever. See how you feel at the end of one week. Then, titrate up your dosage of news to an acceptable level.

The fact is, I’m much better at interrupting one awful thought, one “What if…”, before spins out of control into totally imaginary, but emotionally exhausting catastrophe. I’m so much better at nipping upsets in the bud.

How about you? Do your emotions get the best of you? And have you found ways to manage them? Or perhaps even turn them to your advantage?